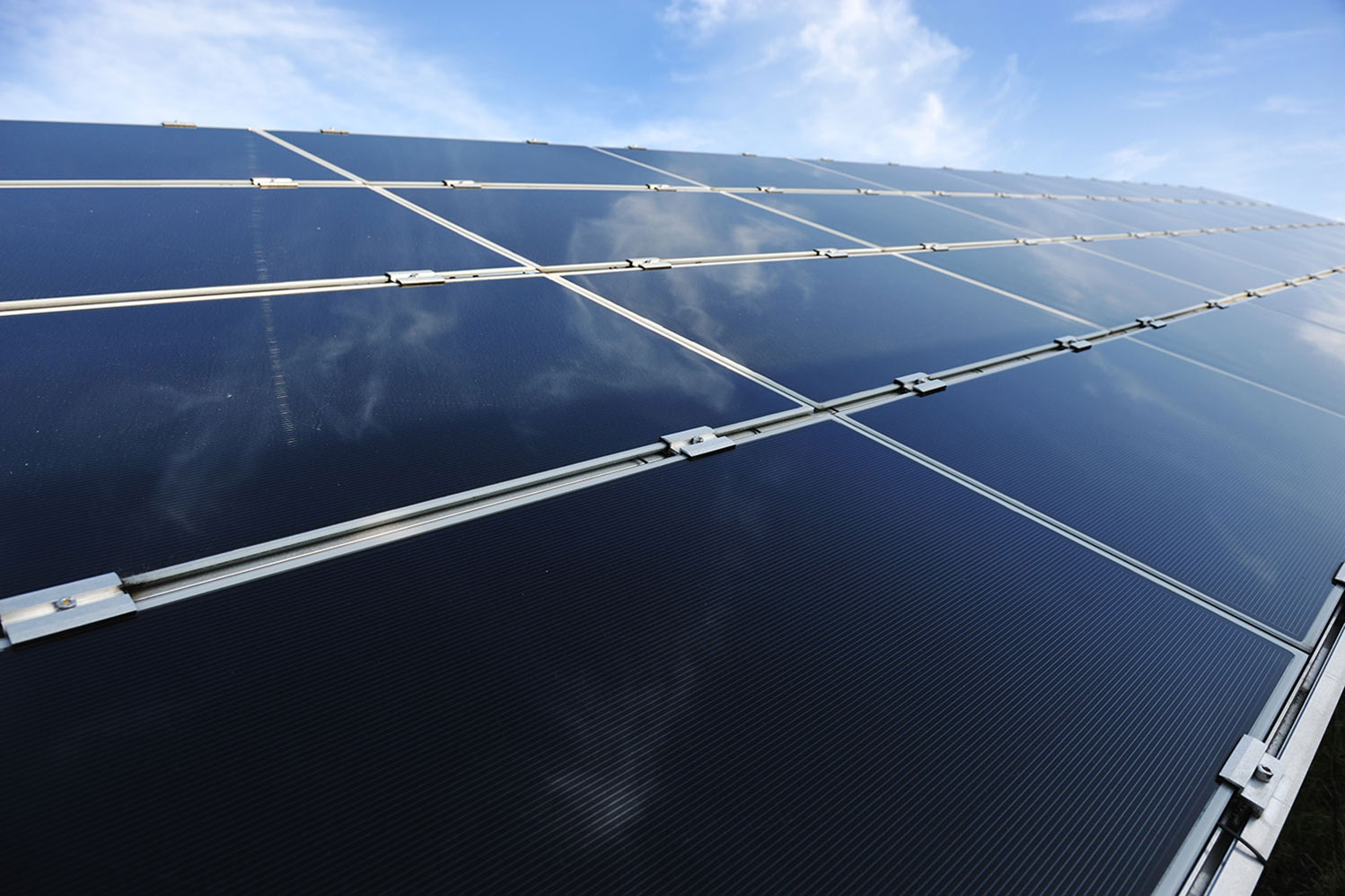 2013 was perhaps the first milestone for Canada’s solar energy sector. The cumulative installed capacity reached 1 GW in 2013. Since the introduction of commercial solar, somewhere in the 1980s, reaching the first gigawatt took about 3 decades. Interestingly, the next gigawatt was added in only 2 years, in 2015! The graph of solar’s growth in Canada has been, like anywhere else in the world, consistently upward.

What has caused this change? Have a look at the following graph, one that’s probably the most comprehensive on the past and present of solar energy: 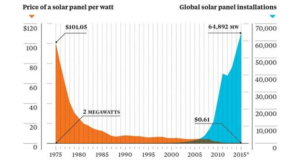 Since 1975, the price of solar panels has dropped by more than 99%. This is a huge, steep drop in comparison to the price changes (or the lack of it) for many other commodities. But what is more important and relevant for us, is the latter portion of the graph, where around 2010, the price starts dipping even steeper and becomes nearly invisible as compared to the earlier prices. This part of the graph – the last 5-10 years, have seen a staggering 70% drop in the prices of solar panels.

This part is also exactly where the other graph – of installations, shoots up, and never stops. Today, solar is at an all-time high as far as the demand is concerned and the prices are an all-time low.

Speaking specifically of Canada, one of the major factors that has driven the growth of solar energy recently is the constantly increasing and constantly high prices of grid electricity. 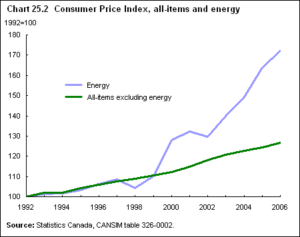 Households spend an extremely large amount of money over 20-30 years on electricity bill, which can be avoided by using nearly maintenance free solar rooftop systems. Same goes for industrial/commercial facilities who spend millions of dollars in many cases, over the lifetime of a possible solar power system.

If that is not enough, federal and provincial governments have a variety of policies and programs in place to promote the use of solar energy, from the view of making a cleaner, more sustainable Canada. This includes crucial programs like net-metering, direct as well as tax incentives, and carbon credit generation and trading, in some provinces.

Thanks to the above multiple factors, many people believe that the era of solar energy might have just arrived in Canada, and is here to stay.